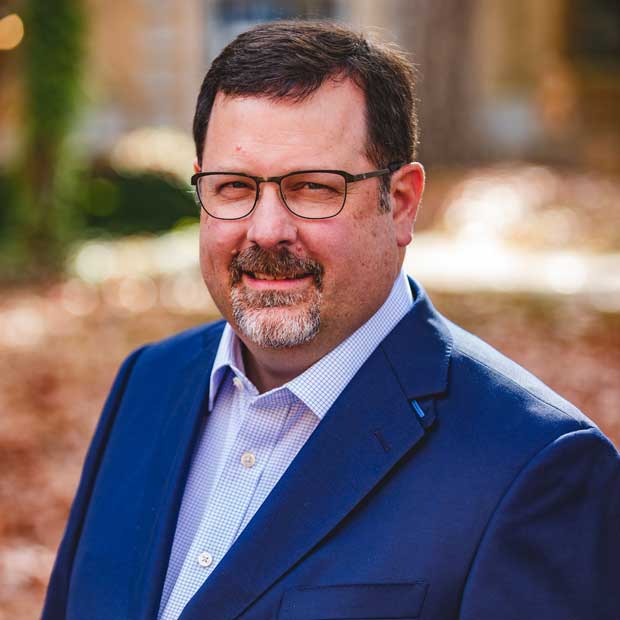 Mann is a 1992 graduate of Bryan College and earned an M.A. degree in Christian Thought from Trinity International University. He later received his Ph.D. in history from The University of Georgia. Prior to joining the leadership of Bryan, he served as a member of the history faculty at Liberty University. While at Liberty University he also served in a variety of leadership roles including Dean of the Graduate School, Administrative Dean for Graduate Programs, and Vice Provost for Graduate Education. Since coming to Bryan Dr. Mann has worked closely with faculty in the implementation of new residential and online academic programs, enhanced professional development opportunities for faculty and staff, and implemented operational efficiency measures that have seen significant budgetary savings in academics and growth in Bryan’s online program offerings.

Dr. Mann and his wife, Susi, have four children, one of whom is a current student at Bryan. When not spending time with his family and friends on their farm in Dayton, Dr. Mann enjoys reading a good biography or spy novel or playing golf when the weather is nice.

When I was a student from 1988 to 1992, I continually saw our motto of Christ Above All emphasized and lived out by faculty, staff, and my peers. Today, I continue to see that motto lived out across campus. I never get tired of hearing students tell stories of how God brought them to Bryan and then changed their lives through the work of faculty and staff.