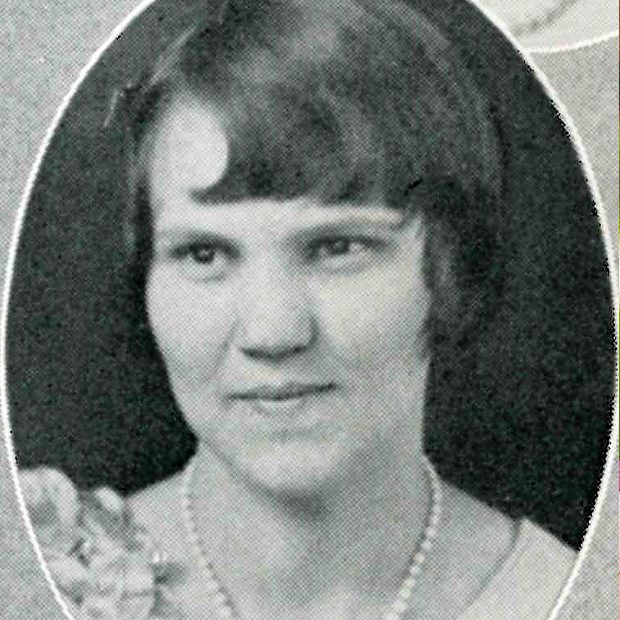 Reba (Arnold) Fitzgerald ’60 walked through the newly opened doors of Bryan College in 1930 at the age of 16. Her excitement resulted in involvement in many activities, including playing basketball so that the school would have enough students for a team. All the women who formed the Lady Lions Basketball team in 1931 were pioneers, breaking barriers in the world of Bryan sports. While Reba’s performance on the court was not remarkable, her appreciation for education and her willingness to contribute to the advancement of the college and its athletics program was exceptional.
Work, marriage, and family took a large part of Reba’s time, and she did not graduate until 1960. She often told students, “It only took me 30 years and if you persevere, you can finish your degree too.” She was a prominent classroom teacher in the Rhea County communities of Garrison, Spivey, and Frazier from 1956 until her retirement in 1978. Reba and her husband, Clyde Fitzgerald, had four children: Clyde, Jr., Arnold, Jim, and Becky Tucker. Throughout her life she often told of influential professors and experiences from her early Bryan days.  She loved her years as a Bryan student and was supportive of the college all her life.