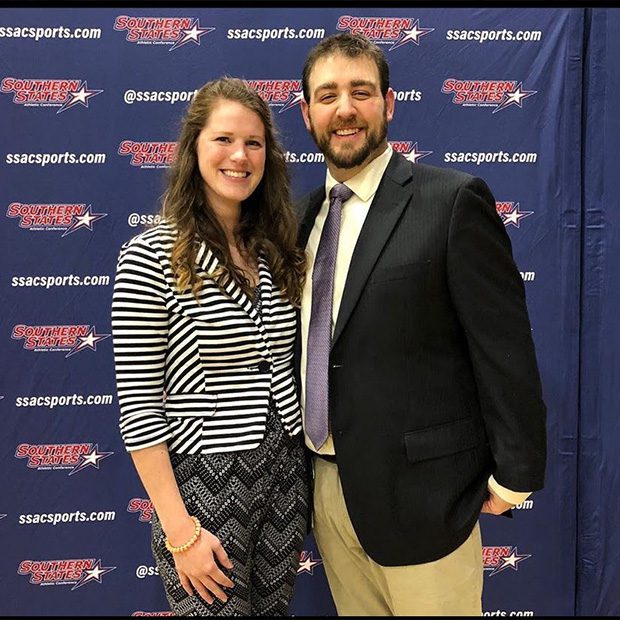 Alison describes her time at Bryan as precious. Bryan is where she found her husband and made lifelong friends through both classmates and teammates. But most importantly, Bryan is where Alison found the Lord. She credits her coach, professors, and friends as being paramount to her new walk with Christ. As a student-athlete, Alison’s accomplishments include: second in Volleyball program history in career kills, first in program history in career aces, NCCAA All-American Honorable Mention, 3x AAC-All Conference, NAIA/AVCA All Region Player, NAIA/AVCA Daktronics Scholar-Athlete, 2x AAC All-Academic, Lion of Valor Recipient, and Bryan College Student Body President. Following graduation, Alison stayed at Bryan as Assistant Volleyball Coach for three years and saw the program amass an 85-33 (.720) record and win the first-ever Appalachian Athletic Conference (AAC) regular season and tournament championships in 2012 and 2013. This qualified the team for the NAIA National Tournament both seasons. She went on to head coach with great success at Tennessee Southern (formerly known as Martin Methodist College) and Lincoln Memorial University. In March of 2022, Alison took over the program at LeTourneau University in Longview, Texas, where she currently resides with husband Nick Williams ’11 and three children: Michael, Ava, and Andrew.